Ten cars charged into the first corner at RFK Stadium earlier this August for the second annual Red Bull Global Rallycross in the Nation’s Capital. 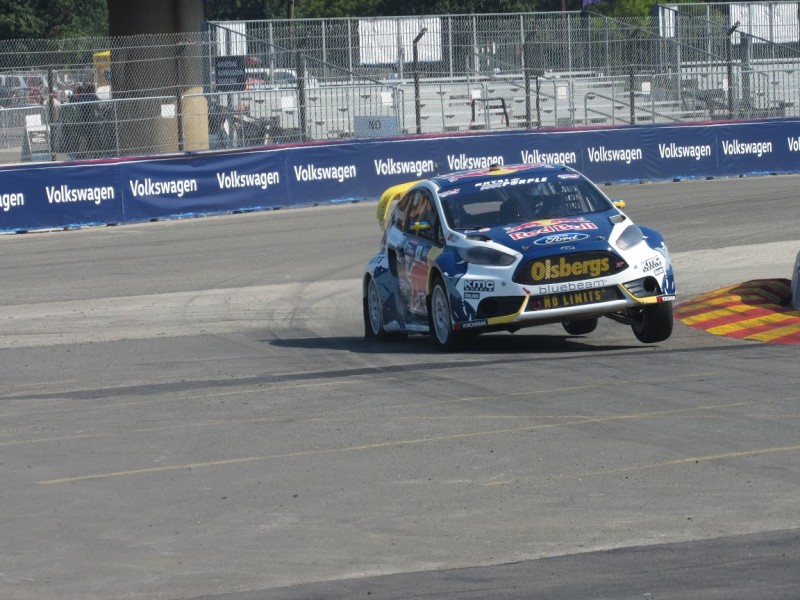 Just like Red Bull, this event is about flying — with fast cars!  A brand new track was designed for DC, and for one weekend only, the parking lot at RFK Stadium was turned into a pop-up race track for drivers to race.  They were challenged to drive 100 mph on the straightaways and brake hard for the tight turns….  And as if that wasn’t enough, there was a dirt hill to jump.  Yes, a dirt hill to jump! 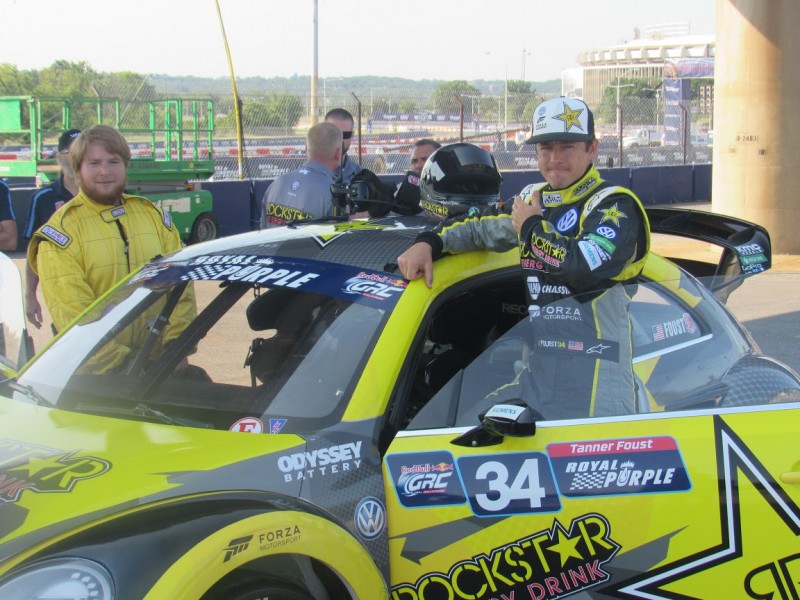 The racing event included a number of talented (and celebrity) drivers who were competing for global rallycross glory — such as Tanner Foust who is best known as a co-host for the American version of Top Gear; Ken Block founder of DC shoes (a skateboarding apparel company); and American University graduate Nur Ali. 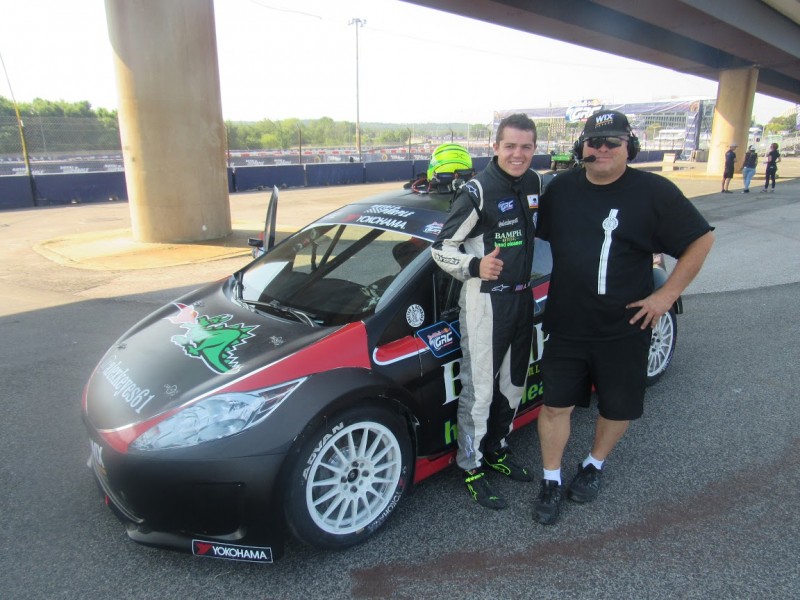 The main event began as the ten cars charged through the race course at RFK stadium, with Nelson Piquet Jr. leading… and managing to maintain the lead for the duration of the eight-lap final event.  Excitement focused on a three way battle between Ken Block, Tanner Foust and Steve Arpin, and how, in the end, Patrik Sandel was able to chase down Piquet and even made contact from behind pushing in Piquet’s fender!  Piquet, unscathed from the bump, held on to his leader position, though, and was able to win his first victory of his Red Bull Global Rallycross career.

“Thanks to my team—they’ve been making the car quicker and quicker every race, and we’ve just been getting more and more competitive,” Piquet said after Saturday’s main event.